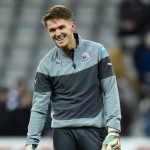 The Daily Mail says Arsenal are ready to fight Southampton for Woodman.

18-year-old Woodman is one of the hottest prospects in the country.

He is a regular feature in Newcastle’s Under-21 side and has also represented England at various other youth levels.