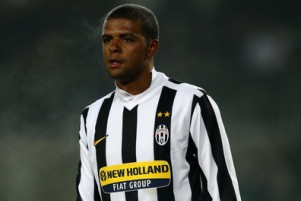 Wenger will once again have some cash to spend in the summer transfer window and he already knows that he will enter next season with his midfield resources depleted.

Teenage midfielder Aaron Ramsey is expected to be out for eight months after the double fracture of his right leg that he suffered at Stoke City on Saturday.

Wenger told reporters that Arsenal were interested in Melo during the summer and the player was once again watched during Brazil’s international at the Emirates, against Italy in February 2009 when the midfielder had an outstanding game.

Wenger then said that Melo went to Juventus and that team has struggled and certainly the midfielder has not had the season that everyone predicted he would.

The Frenchman then said that Arsenal still thinks that Melo is a very talented player and with Gilberto Silva, Brazil have a very useful pair in midfield.

He ended by saying that Arsenal is keeping a close eye on his progress.