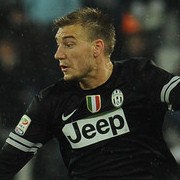 It has been revealed that Arsenal striker Nicklas Bendtner faces three months out at Juventus.

Tests show Bendtner has suffered a lesion to the tendon of the left thigh muscle, which could keep him sidelined for up to three months. Hugo Lloris Insists Arsenal Very Much In The Title Race