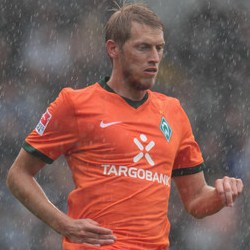 The Germany international has attracted interest from Arsenal, Tottenham and Liverpool in the past.

“My future is at first in Bremen. My contract runs two more years,” the 25-year-old told Kicker.

“But of course I would like to play abroad.

“Especially England, because, as is known, I have British roots.”

Arsenal To Receive Majority Of Tickets For FA Cup Semi-Final

Van Persie Set To Return To Full Training Next Week