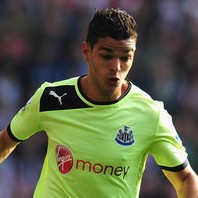 Sensational transfer news are out claiming that Arsenal are eyeing Newcastle United winger Hatem Ben Arfa for the January market.

The Daily Star reported that the Gunners are growing ever more concerned that Theo Walcott will refuse to sign a new deal at the Emirates, increasing the likelihood he will be sold in the upcoming transfer window.

And, as a result, boss Arsene Wenger is ready to step up his pursuit of fellow Frenchman Ben Arfa, according to reports.

Wenger will hope the 25-year-old can provide a more clinical edge to Arsenal’s attack, after the summer sale of Robin van Persie has left his side struggling for goals at some points this season.