Reports are out claiming that Arsenal transfer target Julian Draxler has been hit with a serious injury. 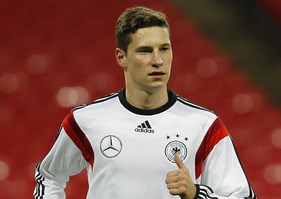 The Daily Mail claims that there were even suggestions he could be heading to London for a medical this week.

However the German international is heading to Munich, instead, for treatment to a ruptured tendon that will keep him out until March.

Arsenal were prepared to meet the release clause for Draxler, 20, who has been identified as a priority target for the Gunners after an intensive scouting drive.

Arsenal UNBEATEN In Two Years With Mertesacker, Koscielny In Team