Reports are out claiming that Arsenal’s hopes of signing Real Madrid striker Karim Benzema have been dealt a blow after the Frenchman was reportedly ruled out for three weeks. 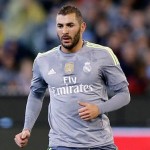 Many perceive the Gunners to be light in attack ahead of the new season, with Olivier Giroud, Theo Walcott and Danny Welbeck expected to contest the lone frontman role next season.

The French international striker would seem a natural replacement, although Real have given no intimation they are considering a sale.

Marca report that he is scheduled for a comeback against Real Betis on August 29 – just two days before the transfer window shuts.

That could make a transfer problematic, with a successful medical hinging on the 27-year-old’s ability to recover in time. Manner Of Win Over Bayern Munich Can Give Arsenal Belief – Wenger