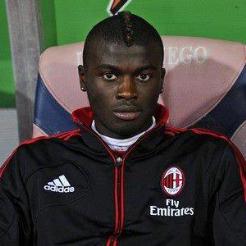 The agent of M’Baye Niang has admitted that his client is frustrated at AC Milan.

The 17 year old French striker joined Milan in the summer from Caen, but has not been close to earning a first team debut.

Niang spent part of the summer trialling at Everton and Arsenal and agent Oscar Damiani told TMW: “Should he come onto the market, there won’t be a problem.

“He has many offers, in France and England.”