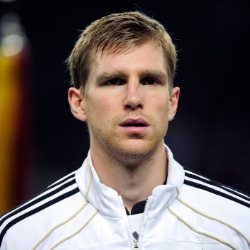 Reports are out claiming that Werder Bremen defender Per Mertesacker has put Premier League clubs on alert by saying England excites him.

The 26-year old Germany international centre back has hinted that a move away from the Bundesliga could be on the cards at some stage in his career with Bremen believed to be prepared to sell if any solid offers come in.

Mertesacker told Bild : “For a national player it is a good thing to get experience playing abroad,”.

“I have said that England excites me.”

Mertesacker has previously stated that he could see himself playing in England’s top flight and these comments simply reiterate his desire.

Arsene Wenger Delighted With The Signing Of Alex Oxlade-Chamberlain


Lassana Diarra On The Verge Of Joining Tottenham Hotspur