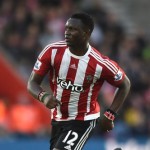 According to reports from the Daily Mirror, Tottenham Hotspur and Arsenal target Victor Wanyama is stalling on his decision to sign an extension to his contract at Southampton.

Wanyama has emerged as a target for the North London rivals following fine performances for the Saints over the past few seasons and the midfielder is said to be keen on leaving the St. Mary’s Stadium at the end of the current campaign.

Now in a bid to force a transfer away from Southampton, it has been claimed that Wanyama is refusing to sign an extension to his contract at the club which expires at the end of next season.

The Kenyan is desperate to play Champions League football and is believed to be hoping to receive an offer from a club where that can be achieved before committing to Southampton. Arsenal Told Me They Had Mesut Ozil – Cesc Fabregas