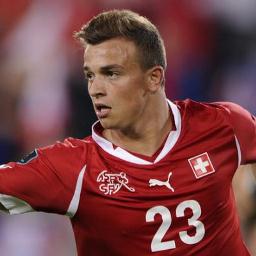 The Sun says Gunners boss Arsene Wenger failed to lure the winger, 19, away from FC Basel this summer.

Shaqiri showed Wenger what he missed with a hat-trick in victory over Bulgaria.