Reports are out claiming that Arsenal are demanding a swap deal with Manchester United over the departure of Thomas Vermaelen. 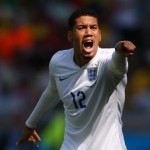 The Telegraph reported that the Belgium international’s proposed move to Manchester United is in doubt amid Arsenal’s preference for a deal that would also involve a player or players coming in the opposite direction.

Any deal would clearly depend upon Louis van Gaal’s attitude and it is unclear which Manchester United players Arsene Wenger would like.

Wenger did previously bid for Chris Smalling prior to his move from Fulham to Manchester United.

Arsenal Ready To Open Contract Talks With Per Mertesacker