It has been reported that Chelsea boss Jose Mourinho is keen to sign Hamburg SV midfielder Hakan Calhanoglu. 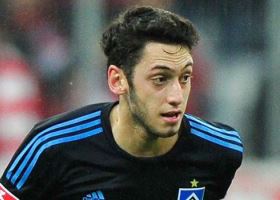 The Daily Mail claims that both Liverpool and Arsenal are said to be interested in the midfielder, who is understood to be valued at around £12million by his current club.

However, with Hamburg staring at relegation from the Bundesliga, he has informed his advisers to find him a new club. Mourinho is keen on taking him to Stamford Bridge for around £7.5million.

UK-based agent Muzzi Ozcan is said to be working on a deal to bring the 20-year-old to England with preliminary discussions already taking place with the Blues.