Schalke chief Horst Heldt has revealed that Arsenal could have been gazumped by a European rival for Julian Draxler – if they had been prepared to sell. 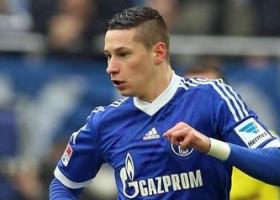 No deal was agreed between the clubs and Heldt has hinted the offer he received did not come from the Gunners after revealing it “came from a club to the north of us”.

“It had the dimension of a transfer that you don’t do any day of the week,” said Heldt.

“It was certainly a decent offer, but it wasn’t sufficient for us. We told Julian our opinion, and that was that.”

Speculation suggests the offer came from Russia, where Draxler has been linked with Zenit St Petersburg and CSKA Moscow.

Arsene Wenger : Spending Money Is Not The Target!