It has been reported that Arsenal will make £100 million available for the summer transfer window. 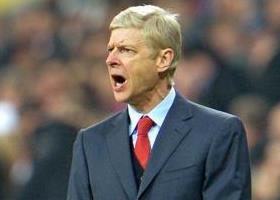 The Telegraph recealed that from next year, Arsenal will become one of the select few clubs in Europe to generate more than £300 million a year.

This enhanced spending power is reflected in the analysis that was published last night by the Arsenal Supporters’ Trust of the club’s half-yearly accounts.

The AST have called for a freeze on ticket prices and estimate that there will be cash reserves of around £140 million by June this year.

It is understood that around £100 million would be available for squad strengthening, although this figure includes wages as well as transfer fees.

Arsene Wenger Delighted By The Performance Of Alex Song