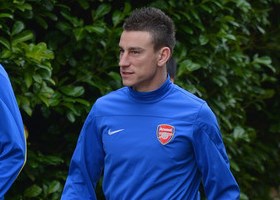 Reports are out claiming that Arsenal are ready to offer new terms to Laurent Koscielny.

The Telegraph reported that the Gunners are preparing to open talks with the French international over an improved contract after Aaron Ramsey and Santi Cazorla joined the core of the squad, on Tuesday, in committing their long-term futures to the club.

The willingness of so many key players to agree new contracts suggests that manager Arsene Wenger has also offered reassurances about his own future, although the expectation is that he will now wait until the end of the season before extending his deal.