Reports are out claiming that Arsenal have confirmed they will play against the MLS All-Stars this summer. 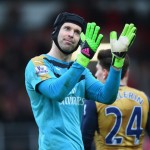 The Gunners will take on the Major League Soccer select in the AT&T All-Star clash at the Avaya Stadium in San Jose on Thursday, July 28.

The match will be one of two the North London outfit will play in the USA this coming off-season with a July 31 date with Mexican side Chivas de Guadalajara to take place at the StubHub Centre in Carson, California.

Arsenal could see their nemesis Didier Drogba up close and personal once again provided he continues his stellar form from last season with Montreal Impact. The Ivory Coast striker has a brilliant scoring record against the Gunners from his days at Chelsea.

Regarding the trip Stateside, manager Arsene Wenger highlighted the importance of giving the North American Gunners fans the opportunity to see their heroes in the flesh while preparing solidly for the 2016/17 Premier League season.

“Pre-season is a critically important time for us and we are delighted to be going to San Jose and Los Angeles to participate in the 2016 MLS All-Star game and to play Chivas,” he told the club’s official website.

“We have tremendous support across America and enjoyed our visit to New York in the summer of 2014 when we played the New York Red Bulls at Red Bull Arena. We look forward to giving our US fans the chance to see the team play live.”