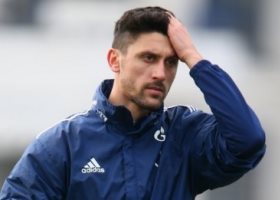 Reports are out claiming that Getafe striker Ciprian Marica is being linked with Arsenal.

The 28 year old striker only moved to Getafe this season as a free agent after courting interest from Arsenal and West Ham United.

The Mail on Sunday claims that the Romania international is back on the radar of Gunners boss Arsene Wenger.

Theo Walcott : It Is Hard To Recover From Man Utd Trashing