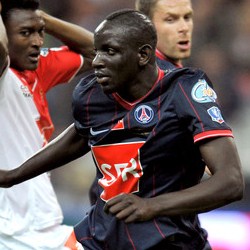 According to The Sun, Reds football chief Damien Comolli made a personal check on the 21 year old defender last weekend against Lyon.

The French international star has been a target for Arsenal boss Arsene Wenger but the Gunners were priced out of a move last season as Paris wanted £15m.

He has two caps for France and is considered to be the long-term replacement for William Gallas at the heart of Les Bleus’ back line.

Sakho, 21, has recently signed a new three-year deal but Paris will listen to offers of around £15m if they fail to grab a Champions League spot.

Arsenal, Spurs and Borussia Dortmund are also trailing Sakho closely, but it is understood the Gunners are Liverpool’s biggest rivals for the centre-half.

Olivier Giroud Not Getting Carried Away By Golden Boot Claims