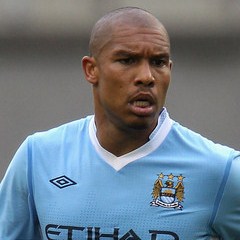 The combative Dutchman has fallen out of favour at the Etihad and is also frustrated because City are refusing to renegotiate a £55,000-a-week contract he wants doubled.

Arsenal are also reportedly interested in the 26-year-old, who could become Jack Wilshere’s enforcer at the Emirates.

Real had De Jong watched in City’s Champions League win over Villarreal and are mulling over a £20million offer.

Sagna : Emir Spahic Would Be A Good Addition To Arsenal