Reports have emerged claiming that Liverpool and Arsenal are interested in Lille striker Divock Origi. 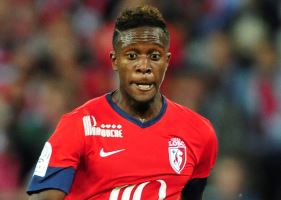 The Daily Mail reported that the Belgium Under 21 striker interests Arsenal and the Reds.

The 18 year old has scored five goals in France this season and has been approached by the Kenyan national team to play for them.