Reports are out claiming that Arsenal will send Gedion Zelalem on loan to Rangers. 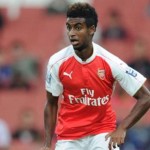 The Guardian, as well as STV Sport, are of the belief that the Gunners have agreed a deal with the Scottish Championship club for an initial four-month spell with the option of it being extended for the entire season.

18-year-old German-born USA U20 international Zelalem is highly rated at Arsenal but the club are eager for him to develop in a first-team environment rather than in the academy.

Toni Sanabria To Turn Down Roma For Arsenal Move