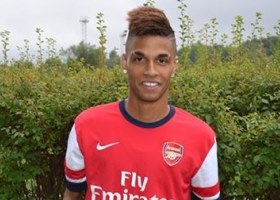 Reports are out claiming that Arsenal have clinched terms for Swedish prospect Kristopher Da Graca.

The 15 year-old, who is tied to Hisingsbacka FC, impressed Arsenal coaching staff during successful trials in August.

Hisingsbacka chairman Thomas Albinsson confirmed to fotbolltransfers.com : “Yes, we are in full agreement with Arsenal. We had some previous doubts, but now we are in agreement.”

Da Graca will soon return to London to pen a three-year deal with the Gunners and will officially move to London Colney next year when he turns 16. Arsenal To Offload Wellington Silva At The End Of The Season