Reports are out claiming that Arsene Wenger will once again rotate his squad for Arsenal’s League Cup tie against bitter rivals Tottenham next Wednesday, despite the tactic leading to the Gunners’ shock 2-1 Champions League defeat to Dinamo Zagreb. 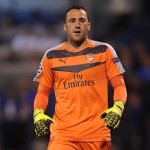 The Mirror is reporting Wenger will stick with his controversial rotation policy, despite receiving harsh criticism for making six changes to his starting XI for the clash with Zagreb.

It is understood Wenger will revert back to his first-choice line-up for Saturday’s Premier League clash with Chelsea, but is contemplating wholesale changes for the Spurs fixture in order to provide key players with a chance to rest.