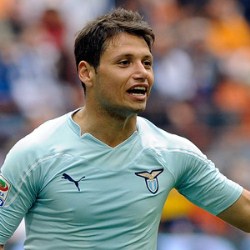 It is said that Zarate’s days at Lazio are numbered after he was frozen out of friendly action last week by coach Edy Reja.

The former Birmingham City striker’s agent, Beppe Bozzo, was in London on Sunday, says TMW, and is said to have met with Arsenal and Tottenham officials.

For his part, Zarate was putting on a brave face on the weekend as his teammates played Villarreal: “I am sure I will not leave Lazio,” he told fans, “we will win the next derby.”

However, Arsenal and Tottenham are keen to bring the Argentine back to England, with the player now appearing on the outside of Reja’s plans.