Reports are out claiming that Fulham are under pressure to secure Mujo Tankovic to a new deal. 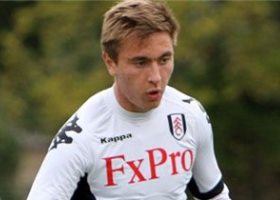 The 18 year-old Swede made his first team debut in the FA Cup last week and comes off contract in June.

Sportbladet reported that Tottenham and Arsenal are both keen on Tankovic.

“Fulham are very pleased with Tankovic and sees him as a big promise for the future. They definitely want to keep him. We will meet and talk,” agent Fabio Alho told the newspaper.

On the big club interest, he added: “That I will not comment on, but it does not sound impossible.”