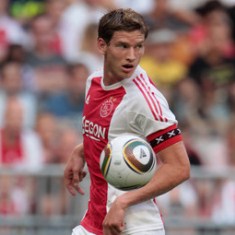 Reports have surfaced that Ajax central defender Jan Vertonghen is wanted by Arsenal and Tottenham.

The Sunday Express has reported that a senior deputation from White Hart Lane ran the rule over Belgian Vertonghen, 24, during Ajax’s midweek 4-0 Champions League win over Dinamo Zagreb.

But Spurs boss Harry Redknapp has made recruiting a commanding central defender a priority – though Ajax would fight off any move until the summer. Branislav Ivanovic Urging Chelsea To Be Merciless In Title Hunt