It has been reported that Lyon midfielder Maxime Gonalons has admitted that he is preparing to leave the French giants in the summer. 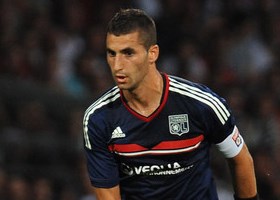 The French international is a target for Arsenal and Tottenham.

“Did I turn down Napoli? No, I did not. I have a contract until 2016 and the last word belongs to the president, Jean-Michel Aulas, who ultimately decided not to sell me during the winter.

“But the door is open.

“My agent has confirmed to me he’s in contact with leaders of major European clubs.”