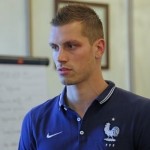 According to reports from BBC Sport, Morgan Schneiderlin’s future at Southampton is back in doubt after the midfielder told the club he was “not mentally or physically ready” to play.

The 24-year-old French international has been linked to Arsenal and Tottenham but Saints chairman Ralph Krueger has said he is not for sale.

Schneiderlin has been given two days off to consider his future by boss Ronald Koeman.