Reports have emerged claiming that a five-year deal being offered by Southampton has not been enough for Victor Wanyama to put pen to paper. 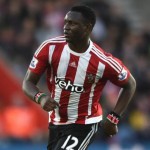 The Kenyan international is stalling on a new contract and his hesitance may be attributed to the continued interest from Arsenal and Tottenham.

Wanyama wants to wait until the end of the season and may submit another transfer request after lodging one in the previous summer.

The Saints will want to avoid selling Wanyama at a reduced fee, as was the case when Nathaniel Clyne moved to Liverpool at the end of last season. Arsenal To Stick With Wojciech Szczesny For FA Cup Semi-Final