Reports are out claiming that Arsenal and Tottenham are chasing Aston Villa striker Christian Benteke. 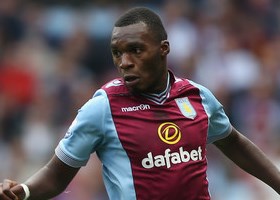 The Express & Star reported that Villa boss Paul Lambert will still be more concerned about reports of renewed bids for Benteke’s services in January.

Lambert claimed a personal triumph in the summer when he persuaded Benteke to stay – and sign an improved contract – after last season’s survival-clinching top scorer had put in a transfer request.

But north London rivals Arsenal and Spurs are today back on his trail.