Reports are out claiming that Piers Morgan believes Arsenal need to become ruthless in the next transfer window. 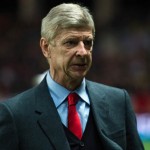 The British journalist and TV personality – a long-time Gunners fan – told talkSPORT’s ‘Drivetime’ on Thursday what he feels the Gunners require in the player department in the summer.

“Arsenal have got to bring in a world class goalkeeper we have not had since the days of [Jens] Lehmann and [David] Seaman and at least two central defenders, who are top, top drawer,” he said.

“Up front we have got to have an absolute predator. If we want to win things, we have got to be brutal in our policy of signing world class players and making sure they have around them the type of players that will bring out the best in them.”