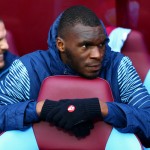 Parlour believes the Belgian hitman has the ability and nose for goal that will give Wenger’s side a real chance of silverware next season.

He said: “Benteke would be great signing and a real asset at Arsenal.

“He is powerful, strong, robust and good in the air, which is something that would enhance Arsenal’s attacking options.

“I would love to see him at Arsenal, I really would.”