It has been reported that former Liverpool star Didi Hamann believes Arsenal shouldn’t be moving for Schalke midfielder Julian Draxler. 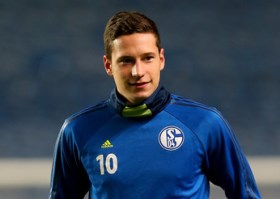 Hamann claims Arsenal’s January target should be a striker and not Schalke’s £40million star Draxler.

He said: “Draxler is exceptionally talented and is scoring a lot of goals.

“But he is an attacking midfielder and what they need is a centre-forward.”