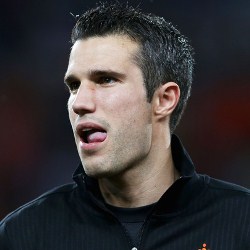 It appears as though the Dutch striker is set to leave the Emirates Stadium with the likes of Manchester City, Manchester United and Juventus showing considerable interest and Graham feels the Gunners should cash in now so they can compete financially with their closest Premier League rivals.

“If the club have to sell their top player they also have to tell their fans it has to be done this way. Last year it dragged on with (Cesc) Fabregas and players were brought in late and Arsenal had a bad start, culminating with an eight-goal hammering at Old Trafford.

“With van Persie it needs to be done and dusted – he has made his statement, he has said the club lack ambition so the club need to get the best offer they can and move on. Van Persie has another year left on his contact and Arsenal tried to negotiate.

“He knows he can get a better offer elsewhere but it’s not just about an offer, it is about winning trophies and Arsenal haven’t won a trophy for five or six years and that comes into the equation, whether the club are ambitious enough.”