According to Piers Morgan, Arsenal require a managerial change if they want to challenge for the Premier League title. 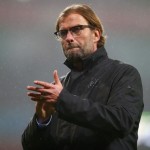 The long-time season ticket holder was co-hosting talkSPORT’s ‘Drivetime’ on Thursday when he spoke of the Gunners’ need to allow Arsene Wenger to leave and bring in either Diego Simeone from Atletico Madrid or Juergen Klopp from Borussia Dortmund.

“I certainly believe we need a change,” said Morgan.

“What I am talking about at Arsenal is moving from Wenger, who is certainly a great manager and has been great for Arsenal, to something that would give us that extra percentage that takes us from being the bridesmaid to the bride.

“If you put Diego Simeone or Juergen Klopp into the Arsenal set-up they would get rid of the dead wood, they would buy the right gritty, tough players to go around all the dazzlingly skilful players we have, and we would be seriously competitive again.

“Until we get the right attitude among the players, then we are not going to compete with the big boys.”