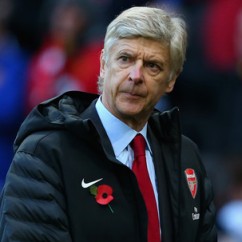 It has been revealed that former Arsenal midfielder Stewart Robson says manager Arsene Wenger should be sacked.

“I would have sacked him four years ago but I’m in the minority,” he told talkSPORT.

“Arsenal football club need a new manager and they need it soon.

“In my view he’s not. I wrote an article about four or five years ago when I said he was the cause of a lot of problems at Arsenal.

“He doesn’t have the tactical understanding, his manner on the side of the pitch doesn’t help the team, he’s petulant and therefore his players become petrulant, he doesn’t give any information from the sidelines and his teams look under prepared defensively.

“I wrote that article five years and nothing has changed my mind since. In fact my views on Arsene Wenger are even stronger now than they were then. There’s still 50% of the fans which will say what a good job he is doing, and we must trust in Arsene Wenger, but I just don’t see it.”