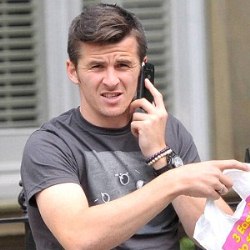 The 28-year old midfielder has been released by the Magpies after criticising the board and he has already been linked with a bunch of Premier League clubs.

Ince said that Barton is perhaps not quite up to filling the void left by Paul Scholes at United but feels his physical presence could be great for Arsenal.

“There’s not many players that are good enough for Old Trafford,” Ince told talkSPORT.

“Joey Barton excelled himself for Newcastle last season but, whether he’s a Manchester United player, I’m not too sure. He’s not good enough to replace Paul Scholes, that’s for sure.

“I’d say Joey Barton would be better for Arsenal. If you look at where Arsenal struggled last year, it was in the physicality of the Premier League, when they go to teams like Stoke and Blackburn.

“They need a digger in there who can get around and break up play. I think he’d be more suited to Arsenal than he would Manchester United.”

Nicklas Bendtner Linked With A Move To Stoke City