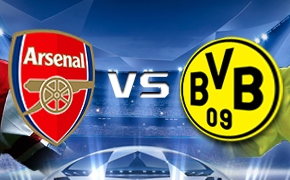 Arsenal midfielder Mathieu Flamini will miss out because of concussion.

The Frenchman came off midway through the first half of Saturday’s 4-1 victory over Norwich City in the Premier League and he trained with the team on Monday, raising expectations he might be back in time for the Group F match.

Alex Oxlade-Chamberlain is a long-term injury victim while Theo Walcott is also absent.

Nuri Sahin, Sven Bender and Marco Reus have overcome knocks, though, and Marcel Schmelzer could play after being rested at the weekend due to a thigh problem.