It has been reported that Arsenal were in talks to bring Lassana Diarra back to the club last week. 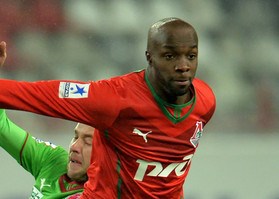 The French international was available from Lokomotiv Moscow and Arsenal were in talks to bring him back to the club before Kim Kallstrom became available from Spartak Moscow.

Arsenal decided to take the loan option for Kallstrom ahead of Diarra, despite the Swede’s back injury.

Kallstrom won’t see action for Arsenal for another six weeks.