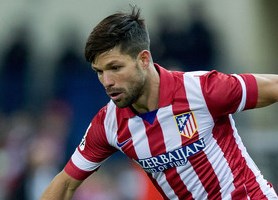 The Mirror reported that the 29-year-old is out of contract at the end of the season. He is on a loan deal in Madrid from German club Wolfsburg.

His deal expires in June and Gunners boss Arsene Wenger checked him out while Diego was at his previous club Werder Bremen.