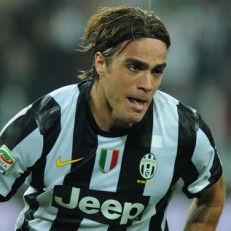 Interesting transfer news are out claiming that Arsenal are weighing up a January move for Juventus striker Alessandro Matri.

A Bola claim that the Gunners are among clubs to have been contacted by Juve intermediaries about Matri’s availability.

It is said that Juve want to sell the 28 year-old in order to fund plans for a big-name striker in the winter market.

Porto, Fiorentina and Dinamo Kiev have also been sounded out about Matri’s signing.