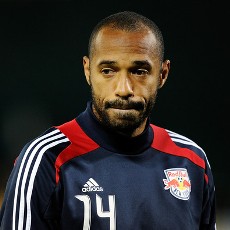 Arsene Wenger has admitted that there has been little movement over the signing of Thierry Henry.

Arsenal’s second-largest shareholder Alisher Usmanov has called for Thierry Henry to take a “more important role” back at the club, with another loan move from the New York Red Bulls in the pipeline.

Wenger, though, maintained as yet that prospective deal had not moved forwards.

“I cannot tell you anything about it because nothing has happened,” he said.