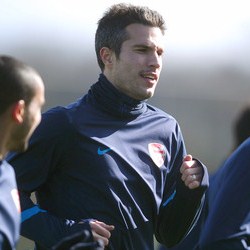 It has been revealed that Arsenal are still to field any serious offers for contract rebel Robin van Persie.

The Daily Mail revealed that the Gunners want the Dutch international affair resolved in the next 48 hours.

It is believed Arsenal are yet to receive any formal offers from either Manchester City, Manchester United or Juventus — but it is highly likely informal dialogue has taken place.

Gervinho : It’s Like A Dream Playing With Robin van Persie

Theo Walcott : Thierry Henry Will Not Get My No.14!