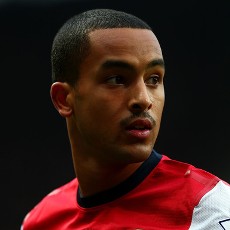 Reports are out claiming that Arsenal are still dragging their feet over new contract talks with Theo Walcott.

The Daily Star reported that the Gunners had been expected to line up a meeting with Walcott and his advisers after the winger had to pull out of England’s trip to Sweden.

But NO efforts have yet been made to arrange fresh discussions with him.