Reports are out claiming that Wales have conceded just two goals in their eight Euro2016 qualifying matches so far. 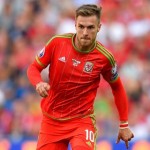 Arsenal star Aaron Ramsey believes the Welsh defensive line deserves a lot of credit for the team’s impressive run in the qualifiers which sees the Dragons sitting on top of the Group B table.

Ramsey said: “The defenders have had a great campaign. It makes it a lot easier for us. Even the midfielders and strikers are all putting in a shift defensively, we are trying our hardest to defend as a team. But credit to the defenders, they throw their bodies on the line and Wayne Hennessey has made good saves throughout the campaign, they make it easier to play in front of.

“The fans have been unbelievable home and away. They travel in their numbers and sometimes it is a bit easier playing away from home because teams are trying to attack and score, which is a bit more of an open game.”