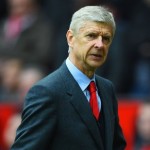 Reports are out claiming that the nominees for the Barclays Premier League Manager of the Season were released on Thursday morning.

Nigel Pearson has also been nominated after leading Leicester City to a great escape while Arsenal’s Arsene Wenger is also in the running as his side prepares for the FA Cup final.

The winners will be announced tomorrow (Friday) morning.