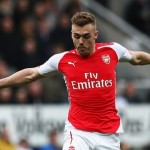 Reports are out claiming that Calum Chambers admits he has been pleasantly surprised by the unity of the England U21 team.

The Arsenal defender, who has three senior caps to his name, linked up with Gareth Southgate’s Young Lions for the first time in March as they look ahead to the UEFA U21 European Championships in the Czech Republic this summer.

Despite only just joining the squad, Chambers insists it was an easy task adjusting to a new group of players who he feels show great togetherness.

“There’s a lot of banter flying about, which I think you need in a team and the atmosphere in the changing room, on and off the pitch is good.

“That’s what we need going into the tournament.”