It has been reported that Arsenal striker Danny Welbeck has admitted that he thought long and hard over his move from Manchester United. 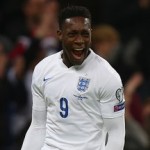 Welbeck, who has enjoyed playing in his favoured centre forward position since joining the Gunners, often found himself playing on the wing or on the substitutes bench at Old Trafford.

Speaking to Arsenal’s official website, Welbeck said: “When you’ve been somewhere for so long and then you’re going to start a new chapter in your career, you’ve got to think about it a lot.

“Over the past year or so, I started to think about what’s best for me because at the time I was playing on the left wing a lot and in a 4–4-2, which is very difficult for me because I can’t make an impact on the game.

“You start to have thoughts but at that time you’re still going to training and I was still giving 100 per cent and giving my all in every single game – that’s just me, I’m not going to change that.

“But you do start to think about what’s best for you.”