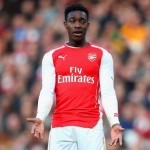 Reports are out claiming that former Manchester United striker Louis Saha believes Arsenal ace Danny Welbeck would love to dump his old club out of the FA Cup.

The 24-year-old England international – who has seven goals to his name this term – will face his former employers on March 9 in the sixth round of the FA Cup.

“It is strange because you have so many great memories with team-mates that you are now facing,” Saha said.

“You want to prove that you are a top player. Danny will do his best to show that – that’s part of the game because we are professional and we like competition.

“It’s always special because Old Trafford is a special place to play football.

“I think he will receive a good reception and, at the same time, a lot of respect.”